To strengthen KPRA and overcome power outages issues in its South Region Office, the USAID-funded Khyber Pakhtunkhwa Revenue Mobilization Activity handed over 30 Kilowatts Solar energy system to KPRA.
A proper handover ceremony was held at the KPRA head office on Wednesday in which the USAID-KPRM Chief of Party Mr. Temur Aziz handed over the system to KPRA Director Administration and HR Mr. Aftab Ali Ghazi.
The 30 Kilowatts Solar Energy System has been installed at the KPRA’s regional office located in Bannu with the financial and technical assistance of USAID-KPRM. Speaking at the occasion, KPRA Director Administration and HR Mr. Aftab Ali Ghazi thanked USAID KPRM for assisting KPRA in overcoming power issue of the KPRA’s South Region. “We needed the solar energy system for our regional office Bannu for uninterrupted power supply during office hours. The system will not only be helpful in overcoming of power issue in our regional office Bannu but will also help KPRA in facilitating the taxpayers who visit the office,” Mr. Aftab said adding that they are thankful to USAID KPRM for handing over the Solar Energy System to them.
USAID-KPRM Chief of Party said in his statement that they are committed to assist KPRA in overcoming their issues to facilitate the taxpayers. “KPRM has been working with the KPRA for taxpayers’ facilitation and for tax acculturation in the province,” he said adding they will continue to support KPRA 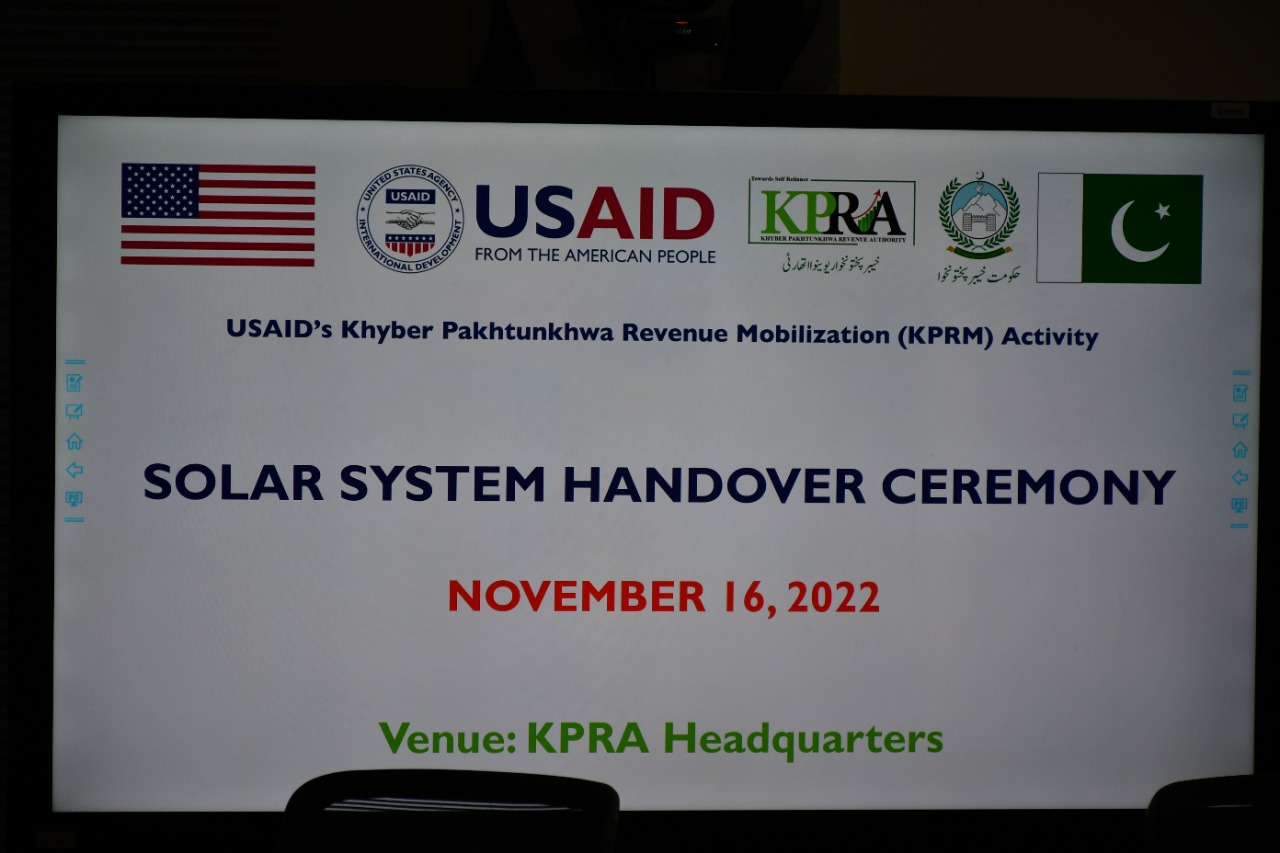